Eugenio Coronado, professor at the University of Valencia, on the Forbes TOP 50 list of the most awarded Spaniards 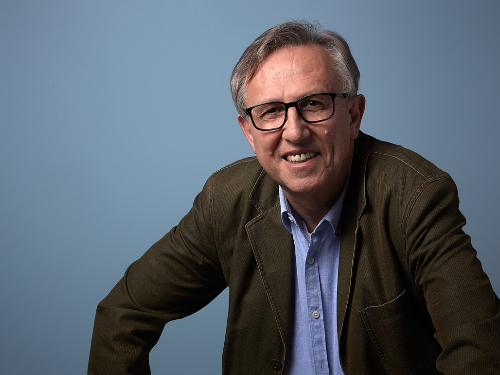 Eugenio Coronado, professor of Inorganic Chemistry at the University of Valencia and director of the Institute of Molecular Science (ICMol), has been included by Forbes magazine in its Top-50 List of the most awarded Spaniards. In this list, Forbes recognizes the talent of professionals from different disciplines highlighted in the last five years by prestigious institutions outside Spain and whose work generates global impact.

The figure of Coronado (Valencia, 1959) stands out in the select group of eleven Spanish personalities dedicated to research in a wide variety of fields such as Chemistry, Physics, Engineering, Geology, Economics and Mathematics. Among the recognitions accumulated by Coronado, the magazine highlights the Humboldt Research 2021 award, granted by the prestigious Alexander von Humboldt Foundation for the impact of his work and the expectation that he will continue to produce cutting-edge achievements in the future.

The Forbes list is an established tradition of the U.S. edition of this magazine and now arrives for the first time in Spain with names of singers, chefs, writers or very popular athletes. For its preparation, the selection committee identified the main awards granted internationally to Spaniards in different professional fields. It then selected the entities with the greatest relevance and authority in their sector. In addition, the list of award winners was examined to compile a list of all the recognized candidates. Finally, the winners with the greatest impact in the international arena were selected with the aim of recognizing "virtuosos who transcend borders".

In addition to the Humboldt Research award cited in the jury's resolution, the ICMol director has received two Advanced Grants and one Proof of Concept Grant from the European Research Council (ERC) in addition to the Blaise Pascal International Chair in France, a scientific mention created by the French government to attract foreign researchers of international prestige to the Ile-de-France centers.

In Spain, Coronado has received the Enrique Moles National Prize in Chemistry, the Rey Juan Carlos I National Prize, the medals of the Spanish Royal Society of Chemistry (RSEQ) and the Spanish Royal Society of Physics (RSEF) and the Rey Jaime I Prize for New Technologies. Coronado has published more than 640 research papers and has more than 34,500 citations, according to the Scopus database of scientific references.

Coronado's work stands out in the fields of Nanoscience, Nanotechnology and Molecular Magnetism. The professor and his team designed, for example, the first molecular materials in which magnetism and electrical conductivity, two properties of technological interest, coexist for the first time. Nature magazine described them as a 'hybrid material that opens a new frontier in molecular electronics' or a 'dream come true'.

Eugenio Coronado has been founding director of the Institute of Molecular Science (ICMol). It is the only center in the Valencian Community recognized as a María de Maeztu Unit of Excellence by the Ministry of Science and Innovation. It is located in the Science Park of the academic institution, from where he develops most of his research work at the frontier between physics, chemistry and materials science.