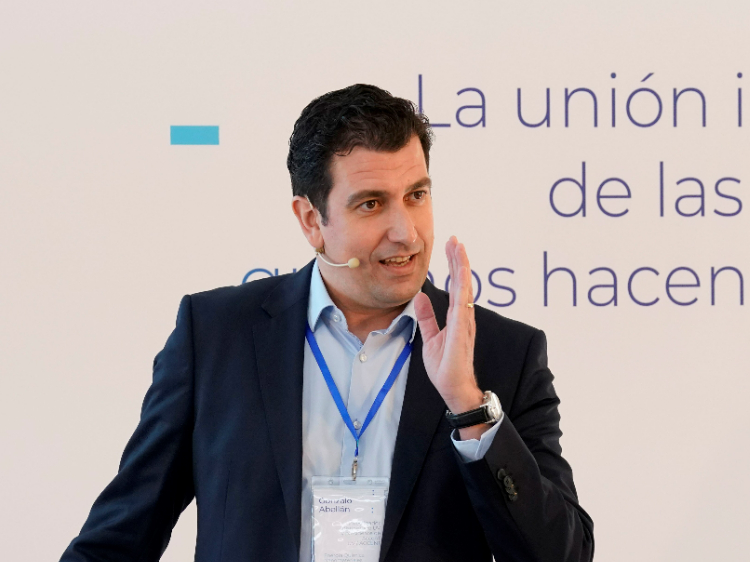 The European Research Council (ERC) has awarded Gonzalo Abellán Sáez, researcher at the Institute of Molecular Science of the University of Valencia (ICMol), a Proof of Concept grant to advance in the commercial and social application of catalysts for the production of green hydrogen from nickel and iron, alternative materials to those usually used (iridium, ruthenium or platinum) and which have two basic disadvantages: they are very expensive and difficult to access due to their geolocation.

Abellán is currently a distinguished researcher in the Valencian Government's Gent-T plan for attracting and consolidating talent in the Valencian Community. The award of the 'Proof of Concept' includes him in the select group of seven people in Spain who have obtained this type of ERC grant, which is highly competitive and reserved for projects of scientific excellence with the potential to reach the market.

Proof of Concept (PoC) grants are awarded to researchers to enable them to develop commercial applications of their laboratory work, usually published as scientific papers. This represents an important step towards the transfer of knowledge to the productive sector, as the projects must put into practice the innovative and commercial potential of the ideas generated in research.

One of the requirements for the researcher to access to this programme is to have been previously distinguished by the ERC. In this case, Gonzalo Abellán was awarded an ERC-Starting Grant in 2018 for the Chemistry and Interface Control of Novel 2DPnictogen Nanomaterials (2D-PnictoChem) project, which aims to explore a new class of two-dimensional elemental materials beyond graphene.

Hydrogen, especially green hydrogen - so called because it is free of pollutant emissions - has become a promising clean energy carrier and storage option for renewable energies such as solar and wind power. Its great value is that it adds no carbon emissions to the atmosphere, but it is still expensive and complex to create.

Abellan presented the PoC project under the acronym 2D4H2 and aims to develop at pilot scale new electrodes based on two-dimensional (2D) materials synthesised exclusively with abundant and non-geolocated metals. In addition, the project aims to build and validate pilot-scale cells compatible with commercial electrolysers.

The most innovative part of the proposal is the use of nickel- and iron-based catalysts that are easily scalable, perform excellently and cost-effectively. The ERC-funded studies will allow the development of a prototype electrolyser based on this technology, which will help to reduce the cost of green hydrogen production.

Unlike ERC frontier research projects, which are awarded solely on the basis of the scientific excellence of the proposal rather than the practical application of the research, PoC projects have a very market-driven component and aim to help establish commercially new technologies based on cutting-edge discoveries.

Gonzalo Abellán graduated in Chemistry at the Universitat de València and received his PhD in Nanoscience and Nanotechnology with a thesis developed at ICMol on the design of hybrid materials based on magnetic lamellar double hydroxides, which won the prize for the Best Thesis in Chemistry at the Universitat de València. He was also distinguished in 2012 with the best student award by the European Society for Materials Research for his outstanding contributions to the field of hybrid materials. He has also received the XII scientific-technical award Ciutat de Algemesí and the Young Researchers award of the Spanish Royal Society of Chemistry, among other recognitions.

In 2014 he was awarded a Marie Curie fellowship and joined Professor Andreas Hirsch's group at the University of Erlangen-Nuremberg (FAU) to explore the chemical functionalisation of graphene, an area in which he continued his research with the support of the German Foundation for Scientific Research.

The project developer also receives a new boost to one of his main lines of research and to the development of the company 2DMatch S.L., recently set up together with the director of ICMol, Eugenio Coronado, and Toribio Fernández, founder of CIDETEC, among other researchers. The company was created as a spin-off of the University of Valencia precisely to bring to market low-cost alternatives to current catalysts that allow sustainable exploitation of renewable energy from solar panels or windmills.